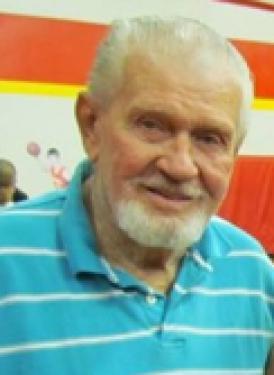 Ronald Stevens Jackson, 71, Trading Post, Kan., passed away Monday, Sept. 15, 2014. He was born at Boicourt, Kan., on Feb. 12, 1943, the son of John and Edith Cox Jackson.
He graduated from Prescott High School.
He married Donna Humphrey on Oct. 16, 1972. She preceded him in death on June 3, 2013. He was also preceded in death by his parents; four brothers, Harold, Forrest, Kenneth, and Gene; and two sisters, Wannetta Miller and Marjorie Waggoner.
He is survived by his daughter, Tiffany Champlin; and three grandchildren, Makayla Cox, and Dillon and Sawyer Champlin.
A private gathering for family and friends was held. The family suggests contributions to Linn County Sharing Bucket. Online condolences for the family can be left at www.schneiderfunerals.com. Arrangements: Schneider Funeral Home and Crematory, Pleasanton Chapel.