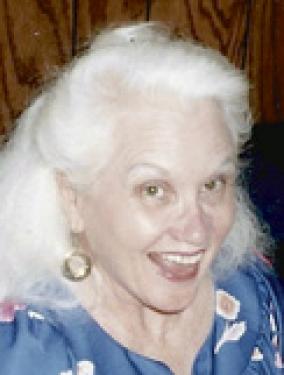 Rosetta Mae Kendall was born in Prescott, Kan. Rosetta was the youngest of three children born to Theron William Kendall and Pearl Victoria Wallace Kendall.
Growing up, Rosetta was quite the tomboy, preferring to play outside with her older brother and his friends instead of being in the house and learning to sew, knit, and crochet. This drove her maternal grandmother pretty crazy, who frequently complained that Rose should get inside and learn those skills like her older sister did. Rosetta’s life was forever changed when her father, a line master for the railroad, was killed by a drunk driver while crossing a street when Rosetta was 16 years old.
In 1948, Rosetta and her husband, Omer Leon Hawthorn, were blessed with the birth of their first daughter, Rosetta Lee, while stationed in El Paso, Texas. Daughter Vicky was born while the family was stationed at Camp Parks, Calif., and Gloria was born a year later while they were stationed at Clark AFB in the Philippines. In 195,8 the family was stationed back stateside to Travis AFB.
Rosetta raised her three girls on her own after divorcing in 1960. She always referred to the girls as “my girls.” Rose was very proud of the fact that she had the courage to leave an abusive marriage in a time when people didn’t get divorced. She worked multiple jobs but always had a home-cooked meal on the table. Rose worked long and hard and earned the affectionate nickname “Tiger.” Our Mom taught us the value of hard work, good manners, and honesty. Mom was also an excellent cook and she could bake like nobody’s business.
In 1969, she married the love of her life, Gary Person. Gary became Dad to Rose’s girls, and for 45 years they shared a life which grew to include new generations of grandchildren and great-grandchildren.
Rosetta leaves behind to cherish her memory three daughters, Rosetta Lee Hawthorn, and Vicky (Jim) Wright, of Fairfield, Calif., and Gloria Hartley of American Canyon, Calif.; five grandchildren, Richard (Dawna) Matthes of Fairfield, Calif., Kendall (Stephen) Mainzer of State College, Pa., John Brandon Gutierrez of San Francisco, Calif., Jimmy Wright and William Wright of San Luis Obispo, Calif.; and two great-grandchildren, Renae Matthes and Sebastian Mainzer.
Rosetta was preceded in death by her husband Gary Person; her sister, Pauline Kendall Cook; her brother, Eugene Kendall; her parents, Theron and Pearl Kendall; and step-father, Oral Hampton.
Arrangements are under the care of Bryan-Braker Funeral Home, Fairfield, Calif., (707) 425-4697. You may sign the guest book at www.bryanbraker.com.