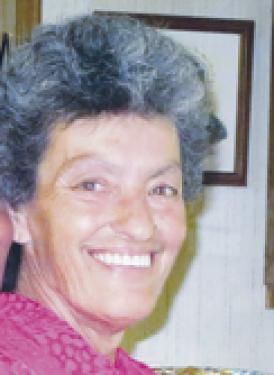 Sandra Lynne “Sandie” Matheny, 61, died at 9:30 p.m. on Thursday, Oct. 30, 2014, at her home after a long illness. Sandie was born on June 16, 1953, in Merced, Calif., to Robert and Jacqueline (Beech) Crawford.
She grew up in Clarinda, Iowa. Sandie moved to Blue Mound, Kan. in 1996. She enjoyed playing solitaire on the computer, reading, gardening and watching movies. One of her greatest pleasures was traveling the country with her husband Harry and attending the NASCAR race in Talladega, Ala. Consequently, Sandie had friends throughout the country. Sandie loved life, any kind of new life, especially her cats.
Sandie was preceded in death by her parents; one son, Kenneth Wayne Ross on Jan. 6, 1992; one infant grandson, Kaelob Wayne Mize in 1994; and one brother-in-law, Milford Clinton in 2007.
Survivors include her husband, Harry Matheny of the home; two daughters, Jinny Lynne Ross of the home, Kimberly Mae Thompson of Columbus, Ga.; three sisters, Vicki Boulware and husband Curtis, Fort Worth, Texas, Sherree Clinton, Blue Mound and Ida Lively and husband Mark, Port Matilda, Pa.; seven grandchildren, Joey, Jordyn, Dustyn, Shyanne, Timothy, Kaitlynne, and Samantha; one niece; six nephews; and a million friends coast-to-coast.
A visitation will be held from 5–7 p.m. on Wednesday, Nov. 5, 2014 at Schneider Funeral Home & Crematory, Mound City Chapel. A funeral service will take place at 1:30 p.m. on Thursday, Nov. 6, 2014, at Blue Mound United Methodist Church. Cremation will take place following the service and burial will be at a later date. Online condolences may be left at www.schneiderfunerals.com. Arrangements are in the care of Schneider Funeral Home & Crematory, Mound City Chapel.