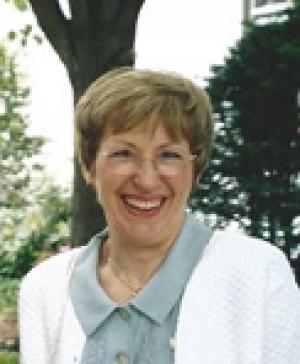 Her early childhood was spent in Merriam, Kan. At age 7, the family relocated to a farm near La Cygne, Kan., and Sara spent the rest of her childhood and youth as a Kansas farm girl.

She graduated from La Cygne Rural High School in 1960 and entered the University of Kansas that fall to study nursing.

On Sept. 1, 1962, Sara married Marvin L. Lindsey, also of La Cygne, and they entered into a life-sharing relationship lasting nearly 52 years. Three children and seven grandchildren resulted from this union and family activities have been the cause of much joy over the years.

Throughout her life, Sara had the opportunity to meet and minister to many people all over the world. As job opportunities took the family to both coasts and many places in between, Sara was the glue that held them together getting everyone quickly involved and integrated within the new community. She was an active participant and leader in her local church and other community activities wherever she lived.

For many years she and Marvin were board members, administrative team leaders and community executive couple in United Marriage Encounter. This activity took them all over the world and resulted in many fun adventures and life-long friendships. Sara was very active in Community Bible Study (CBS) beginning in 1988 and lasting until her death.

After moving to Steamboat Springs in 1999, she became one of the founding members and the first teaching director of the Steamboat Springs CBS women’s group. She loved the Lord and served Him in all that she did.

Sara was known for her easy smile and engaging personality. She enjoyed people and nurtured deep and lasting relationships. She also loved a good party. She rarely forgot a name and became a mentor, role model, friend and companion to many. She loved greatly and is greatly loved.