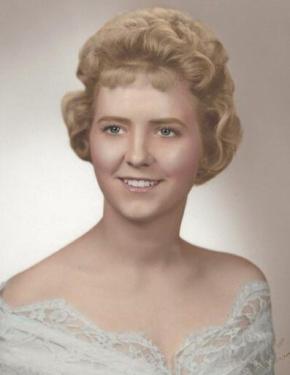 Growing up on the farm she learned to drive tractors, help bale hay and milk the cows, but she was also an excellent homemaker and cook. One of her specialties was peach cobbler which was often requested on special occasions. She also enjoyed canning produce from Howard’s garden, often putting up many jars of green beans each summer. She worked in the office at the Fort Scott Sale Barn, as a rural mail carrier for several years, and drove a school bus. Her full-time occupation, though, was office manager of Howard’s Garage. She was a member of the Blue Mound Federated Church and the American Legion Auxiliary. She enjoyed putting together jigsaw puzzles and nearly always had one on the table that she was working on. She loved to go fishing with Howard and often caught more fish than he did. She also enjoyed playing computer games on her laptop, working in her yard and spending time with her grandkids and great-grandkids.

She was preceded in death by her parents. Sharon is survived by her husband, Howard; two sons, Shawn Herrmann (Debora) and  Brandon “Mo” Herrmann (Jenny); a daughter, Jan Miller; two brothers, Ron Brock and Don Brock (Sharon); a sister, Janice Sprague (Dale); four grandchildren, Zac, Derek, Tad and Marcus; and five great-grandchildren, Knox, Fisher, Weslynn, Samantha and Hoyt.  She is also survived by her sister-in-law, Keitha Brown, and many nieces and nephews.

Graveside funeral service will be 11 a.m. Thursday, Dec. 30, 2021, at the Pleasant View Cemetery, Blue Mound, Kan. Contributions are suggested to the Blue Moon Youth Center. Online condolences can be left at www.schneiderfunerals.com.