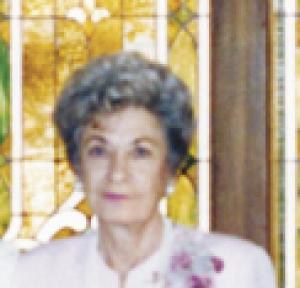 Shirley Ann Krull, 79, of Justin, Texas passed away at 4:48 a.m., Tuesday, Dec. 16, 2014 in Roanoke, Texas, at the home of her daughter Leslie. Shirley was born March 7, 1935 to Glenn Lewis and Minnie Mae (Hoffmeier) Hobart at Welda, Kan. She graduated from Kincaid High School.
On Jan. 17, 1953, she married the love of her life, Lloyd Marion Krull in Fort Scott, Kan. They had celebrated their 61st wedding anniversary this past January. Shirley was a housewife and loving mother. She also supported Lloyd with his roofing business.
Lloyd preceded Shirley in death Nov. 20, 2014.
She is survived by one sister, Rosa Lee Kent of Garnett, Kan.; one son, Kelly Krull of Kansas City, Mo.; and one daughter, Leslie Reid of Roanoke, Texas; seven grandchildren; and 10 great-grandchildren.
The funeral service was held Sunday, Dec. 21, 2014, at Schneider Funeral Home & Crematory Mound City Chapel. Burial followed in Curry Cemetery. Online condolences may be left at www.schneiderfunerals.com.