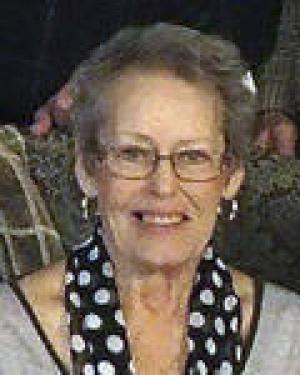 She married Eddie Joe White on July 2, 1961, at Fulton. She began working for the Western Insurance Company which later became American States and then Safeco. She retired as an underwriter after 35 years of service.

She was a member of the Fulton United Methodist Church and the Order of the Eastern Star. In earlier years,

Shirley and Joe enjoyed going on trail rides and volunteering their time for the Pioneer Harvest Fiesta. Shirley loved to spend time with her family, especially when they all gathered around a bonfire.

Shirley battled cancer for four years.  She fought this battle one day at a time and always with a positive attitude. Since being diagnosed with cancer she and her family volunteered with Care to Share.

Her husband Joe preceded her in death on Jan. 20, 2013. She was also preceded in death by her parents, Ward and Josephine Adams; a great-granddaughter, Lauren; and her father-in-law, Earl White.

Rev. Chuck Russell conducted funeral services Friday, Sept. 9 at the Cheney Witt Chapel. Burial followed in the Barnesville Cemetery. Memorials are suggested to Care to Share and may be left in care of the Cheney Witt Chapel, 201 S. Main, P.O. Box 347, Fort Scott, KS 66701. Words of remembrance may be submitted to the online guestbook at cheneywitt.com.