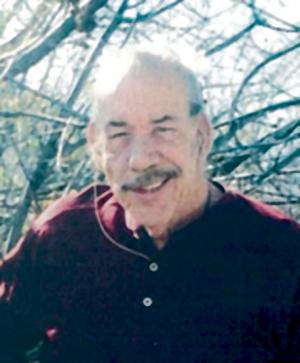 Sidney Dale Alexander Jr., 79, of Stockton, Mo., formerly of Mound City, Kan., died on Thursday, Jan. 12, 2017, at his home following a long battle with failing health. Sid was born Sept. 19, 1937, in Kansas City, Mo., to Sidney Dale and Sarah (Rice) Alexander.
Sid was an iron worker early in his life and later he owned and operated Mobile Home Sales and Service business. He drove a truck for Air Products for several years before he had to retire due to his health.
He married Carlene Michael on Sept. 1, 1996, and they were very happily married for 17 years before she preceded him in death on April 5, 2014.
Survivors include one son, Robin Alexander; three daughters, Sarah Kirsner, Cyndy Campbell and Lori Sykes. He is also survived by two sisters, Dorothy Beck and Nancy Alexander; nine grandchildren; four great-grandchildren; and 13 nieces and nephews. His niece, Melissa Rogers, lived with Sid and provided him with excellent care for the last year.
Those who knew Sid well knew of the many adversities he faced in his life, and admired his ability to overcome and to build a life rich with loving family and good friends. He will be missed by many.
The funeral service was Tuesday, Jan. 17, 2017, at Schneider Funeral Home & Crematory, Mound City Chapel. Burial was in Curry Cemetery west of Mound City.
The family suggests contributions to the American Lung Association in care of the funeral home, P.O. Box J, Mound City, KS 66056. Family and friends may leave online condolences at www.schneiderfunerals.com.