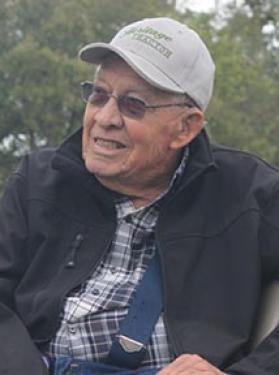 Thomas Edward Masoner, age 88, Fontana, Kan., passed away Tuesday, July 20, 2021. He was born on Dec. 28, 1932, in Louisburg, Kan., the son of Elmer K. and Emma Faye Hoge. He graduated from Louisburg High School. He served his country in the United States Army during the Korean War. Tom was united in marriage to Marilyn Stainbrook on Oct. 16, 1955. He was a farmer in every sense of the word. He was a member of the American Legion, and past member of the Soil Conservation Board, Water Board, and served as a 4-H Leader.

Funeral service will be 10 a.m. Saturday, July 24, 2021, at the Schneider Funeral Home and Crematory, La Cygne Chapel. Burial in Oak Lawn Cemetery. Visitation will be held 5 to 7 p.m. Friday at the La Cygne Chapel.