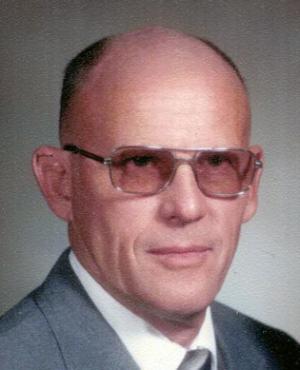 Linn County News
Published Sept. 12, 2018
Thomas R. “Tom” Wilcox, 86, of Fort Scott, Kan., formerly of Pleasanton, Kan., passed away Saturday, September 8, 2018. He was born Wednesday, March 9, 1932, in Cadmus, Kan., the eldest son of James Russell and Meredith Zelma Perry Wilcox.
He graduated from Parker Rural High School with the class of 1950. After graduation he joined the United States Air Force and was honorably discharged in 1954.
He married Marilyn Harris on Feb. 10, 1957, in Leeton, Mo. To this union three daughters were born, LeeAnn Gonzalez, Karen Snow and Kristy Holmes.
Tom had many careers in his lifetime – he was an over-the-road truck driver for several years for Stevens Trucking; he owned and operated Wilcox Service, a filling station; he worked for Hicks & Ragland, putting up cell phone towers; and finally he worked for the Kincaid Tour Bus Co. The bus company took him all over the United States.
He was preceded in death by his parents; a brother, Roy Wilcox; a sister, Marjory Moree; and a son-in-law, Don Snow.
Along with his wife, he is survived by his daughters, LeeAnn Gonzalez, Karen Snow and Kristy Holmes and husband Chuck; his grandchildren, Josh Snow and wife Taylor, Matthew Johns and wife Elishya, Collin Probasco and wife Heather, Kane Snow and wife Heather, Logan Probasco and wife Kyla, Kyle Holmes and wife Anna Marie, and Shannon Minor and husband Bob. He is also survived by a brother, Lee Wilcox, and a sister-in-law, LaVaughn Wilcox; 11 great grandchildren; and several nieces and nephews.
Visitation was held Tuesday, Sept. 11, 2018, at the Schneider Funeral Home and Crematory, Pleasanton Chapel with graveside services at the Pleasanton Cemetery.
The family suggests contributions to Alzheimer’s Association, American Diabetes Association or the Kidney Foundation. Online condolences may be left at www.schneidersfunerals.com.