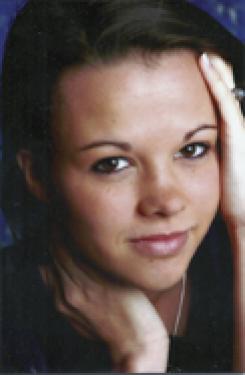 Trisha Anne Purdy, age 24, beloved wife, mother, daughter, sister and best friend, of Blue Mound, Kan., died as the result of a motorcycle accident on Saturday, June 21, 2014. She was born on Dec. 9, 1989, at Fort Scott, Kan., the daughter of John and Chris Good Felix. She graduated from Jayhawk-Linn High School in the Class of 2008 and attended Pittsburg State University.

She was currently employed as clerk for the city of Blue Mound. Trisha enjoyed riding horses, fishing and, most of all, spending time with her family, especially her boys, Cooper and Dayton.