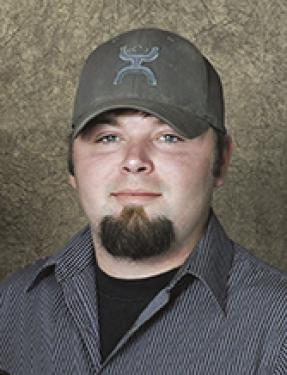 Troy Scott Felt, age 31, resident of Ft. Scott, Kan., died Friday, Jan. 8, 2021. Scott was known in his younger years as Cow Truck Buck and then grew into Scotty too Hottie. He was always handy with a wrench, from tearing apart bikes as a kid to rebuilding cars for his grandpa. He could be found by the water with a pole in his hand on any given day. You can’t honestly describe the person Scott was with just one word. Scott was simple yet complex; he kept to himself but had plenty to say. He was quietly hilarious. He loved those around him even if he didn’t say it. He was a care- giver, a son, a brother, a friend, a mechanic, and a fisherman. He was a big brother, his parents baby boy, and his grandparent’s keeper.

Scott was the first-born son to Troy Felt, of Fort Scott and Melany Powell-Felt of Fort Scott. He has a brother Tyler, wife Skylar and children Waylon and Easton; and a sister Haley, husband Adam and children Knox and soon to be, Creek. He was the grandson of Tom and Beatrice Powell, of Fort Scott and Ronnie and Laura Felt, of Fort Scott; the nephew of Robert and Rhonda Kellstadt, Rick and Cindy Felt, Jerry Powell, Myron and Sherri Clark and was a cousin to many. Scott was preceded in death by his beloved Grandma Beatrice Powell; Great grandparents Marjorie and John Fowler; Uncle Tommy Powell; and Great Uncle Rocky Combs.

Rev. Paul Rooks will conduct services at 2 p.m. on Wednesday, Jan. 13, 2021, at the Grace Baptist Tabernacle. Burial will follow in the Lath Branch Cemetery. The family invites friends to gather Wednesday evening beginning at 5:30 p.m. at Troy Felt’s home, 1500 145th St., Fort Scott. Memorials are suggested to Gunn Park and may be left in care of the Cheney Witt Chapel, P.O. Box 347, 201 S. Main St., Fort Scott, Kan. 66701. Words of remembrance may be submitted to the online guestbook at cheneywitt.com.