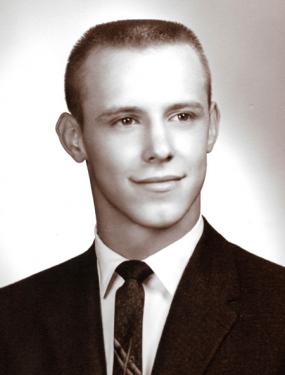 Linn County News
Published Nov. 8, 2017
Truman Lee “Papo” Coleman, age 71, of Mound City, Kan., passed away on Sunday, Nov. 5, 2017, at his home, surrounded by his family. He was born on Nov. 5, 1946, at Fort Scott, Kan., the son of Howard and Lavon Clayton Coleman.
He married Judy Burkhead on Aug. 6, 1965. She preceded him in death on Feb. 28, 2014.
He worked as a telephone lineman before retirement.
Truman enjoyed hunting, fishing, gardening, spending time at Sugar Valley Lakes and going to his kids’ and grandkids’ school activities. However these interests, in themselves, do not describe the man that Truman Coleman was. He was a man who was generous in sharing his talents and treasures, not only with his family but friends and members of the community as well. He raised enough garden produce to share with many people. He helped numerous kids and friends get their bows tuned just right. No one can count the number of times he had been around Sugar Valley Lakes pulling skiers and kids on tubes. He supported not only his family, but other young people in sporting quests and other school activities.
Besides Judy, he was preceded in death by his parents.
He is survived by a son, Steve Coleman and Tisha; a daughter, Patricia McGrew and Chuck; two brothers, Garyl Coleman and Patty, and Harold Dean Coleman; six grandchildren, Kayla McGrew, Austin Coleman and Lily, Cole McGrew, Chad Coleman, Alyssa Coleman and Kiera McGrew; and one great-granddaughter, Blaike.
Funeral service will be held at 10 a.m. Thursday, Nov. 9, 2017, at the Mound City First Baptist Church. Burial will be in the Mapleton Cemetery. Visitation will be held from 5- 7 p.m. Wednesday at the Schneider Funeral Home and Crematory, Mound City Chapel.
The family suggests contributions to Care to Share, c/o Schneider Funeral Home, Box J, Mound City, KS  66056.