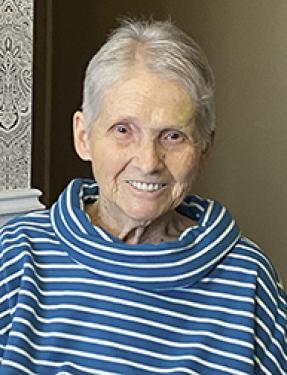 Veta Fay Cook, 87, formerly of Pleasanton, Kan., died on Wednesday, March 24, 2021, at St. Luke's Hospice House, Kansas City, Mo. Veta was born Feb. 15, 1934, in Nottinghill, Mo., to Kenneth Calvin "K.C." and Jencie Betty (Newman) Williamson. She graduated from Gainesville High School, Gainesville, Mo., on May 10, 1951. On June 14, 1952, she married Thomas Leo Cook in Harrison, Ark. Veta was a "Jill of all trades." She could do anything! She maintained a 14-acre garden with over 400 tomato plants keeping the weeds at bay with only a hoe. Veta was excellent in math, which served her well in her various jobs in sales, selling everything from vacuum cleaners to paint and milk.