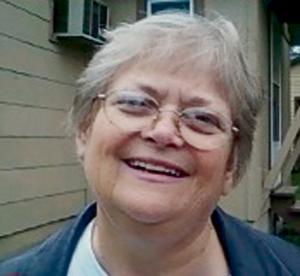 Virginia Lee Murphy Maples, age 70, Mound City, Kan., passed away on Tuesday, Sept. 5, 2017. She was born on June 29, 1947, at Salina, Kan., the daughter of Wallace Dale and Margaret Helen Alt Murphy.
She graduated from Mound City High School in the Class of 1965. She worked as a beautician and dietary manager.
She enjoyed decorating cakes, knitting and debating politics and religion. Her favorite holiday was Christmas. She listened to Christmas music way ahead of the holiday season.
She was preceded in death by her parents; two sons, Douglas Dean Hamilton and William Earl Hamilton II; a brother, Pat Murphy; and three sisters, Patricia Marie Murphy, Margaret Nicholas and Cheryl Lynn Murphy.
Virginia is survived by a son, Delrees Eugene Hamilton; two daughters, Tonja Lee Thaxton and Christina Marie Hamilton; a brother, Ray Scott Murphy; three sisters, Carol Conn, Jean Leis and Sandra Abati; and 10 grandchildren.
Funeral service was held Saturday, Sept. 9, 2017, at the Schneider Funeral Home and Crematory, Mound City Chapel. Burial was in the Woodland Cemetery.
The family suggests contributions to the Kidney Foundation. Online condolences for the family may be left at www.schneiderfunerals.com. Arrangements: Schneider Funeral Home and Crematory, Mound City Chapel.