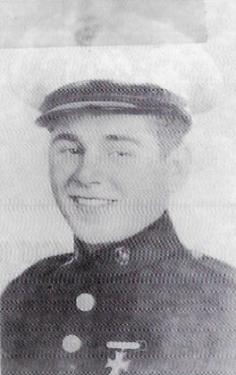 The family moved to Pleasanton, Kan., in 1938. He and his four brothers and one sister attended Antioch rural school, south of Pleasanton, and Pleasanton High School, where he graduated with honors in 1943. During his school years he had worked at a gas station and at the Pleasanton Depot where he learned telegraphy from Carl and Dick Teubner, which helped in future years as a Jungle Radio Operator in the Philippines.

In 1943 Wally joined the U.S. Marine Corps and served for three years during World War II in Eniwetok, Guam, and in the Philippines. He received three battle stars for his service, an honorable discharge and a ticket home in August 1946.

He returned to Kansas and worked for several years as a member of Iron Workers Local Union No. 10, at construction in the Kansas City area.

Wally was married to his first wife, Donna Baily, of Pleasanton. They had a son, Kenneth Bruce Callahan, who passed away in 2010.

In 1953 he worked in the real estate and insurance business. He was married in Kansas City to Doris (Burnett) Hulse, who passed away in 2007 in Arizona where he moved after his retirement in 1955.

He is survived by two sisters, Ola May Earnest, Pleasanton, and Mary Lou Cox, Independence, Mo.; numerous nieces and nephews; and many friends.