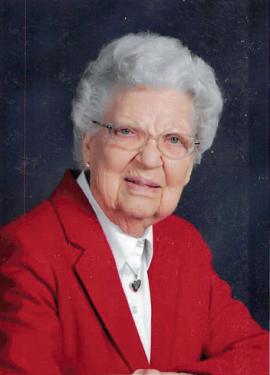 Wanda married C. Lorimer Cox of Mound City, Kan., in 1938 and lived on a dairy farm until their retirement, then moving to Pleasanton, Kan. Lorimer Cox passed in 1996 and Wanda later moved to Independence, Kan., to live closer to family.

Two children were born of this union, Marsha Cox Dieker and the late Larry Dieker of Columbus, Ohio, and Garen Cox and his wife, Waneta Mitts Cox of Independence, Kan. Wanda is also survived by seven grandchildren and 15 great-grandchildren.

Funeral services are planned for 10 a.m. Saturday, Feb. 11, 2017, at Webb & Rodrick Chapel and Crematory in Independence, Kan., with graveside services in Pleasanton, Kan., to follow at 3 p.m.

To leave a special message for the family visit www.webbandrodrickchapel.com