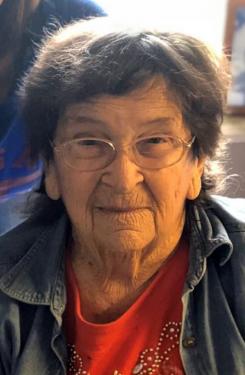 Wanda (West) Pitts Dunsworth was born Dec. 5, 1932, at Farlinville, Kan., to Howard and Beulah (Holt) West. She was the fifth of six children born at her parents’ farm home.

She attended grade school at Farlinville and graduated in 1946. She attended freshman year at Mound City High School.

On Aug. 4, 1947, Wanda married James Arthur Pitts. They lived in western Kansas where Jim worked building new REA lines for Reese Construction Co. They eventually moved back to Linn County where they farmed for 30 years. They were the parents of four children: three daughters, Joyce, Janet and Julie; and one son, James H.

After her children were all in school, Wanda attended cosmetology school at Iola, Kan. She owned and operated her beauty shop for 25 years.