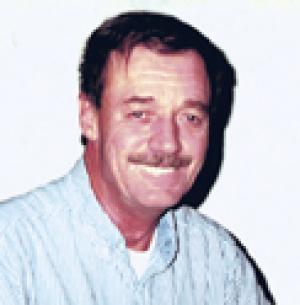 William Joseph “Bill” Morrisey, age 64, Pleasanton, Kan., passed away on Monday, April 20, 2015, at the University of Kansas Medical Center. He was born on Feb. 24, 1951, at Kansas City, Kan., the son of Edward John and Bernadine Braet Morrisey.
He attended St. Benedict’s Grade School, graduated from Bishop Ward High School and attended Pittsburg State University.
He married Janet Johnson on Dec. 6, 1975, at Pleasanton.
He worked as a carpenter and raised and trained bird dogs. His passion was spending time with his family, especially watching his boys at golf tournaments. He enjoyed playing golf, hunting, fishing, gardening, yard work, grilling and smoking meat.
He was preceded in death by his father.
He is survived by his wife, Janet; mother, Bernadine; and sons, Edward “Eddy” Morrisey and William Joseph “Joey” Morrisey.
Visitation will be held from 5-7 p.m. Friday, April 24, 2015, at the Schneider Funeral Home and Crematory, Pleasanton Chapel. Inurnment will be in the Eureka Cemetery near Pleasanton. The family suggests contributions to Linn County Care to Share. Online condolences for the family can be left at www.schneiderfunerals.com. Arrangements: Schneider Funeral Home and Crematory, Pleasanton Chapel.