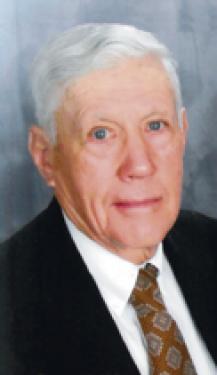 William Joseph Prike, 82, of Mesa, Ariz., passed away March 20, 2015. He was born March 8, 1933, in Kansas City, Mo., to George and Muriel Wolfe Prike.
After graduating from La Cygne High School, Bill was able to attend Kansas State University for one year. He was a farmer in Linn County, Kan., before working for Fairbanks Morse.
On Aug. 7, 1954, he was married to Ann Peck in Kansas City, Kan. Bill and Ann moved to Denver, Colo., in 1959 where Bill worked for Nelson Pipeline. Later he worked for Boulder Valley School District in Boulder, Colo. He owned an RV / boat storage in Glendo, Wyo., for 15 years before retiring part-time in Mesa, Ariz.
Bill was a proud member of the La Cygne Masonic Lodge #61.
He leaves behind his loving wife, Ann; sister, Jane Wade; children, Mark (Kathy) Prike, Keith (Sandy) Prike and DeAnn (Chris) Queen; seven grandchildren; and eight great-grandchildren.